USD0,00 0 Cart
Menu
Menu
Get Yours Now!
back to overview

Red light therapy is widely used in the professional sports training, and fitness industries, because of its ability to enhance physical performance, build muscle and speed up recovery time.

This has been scientifically proven across hundreds of peer-reviewed clinical studies, as well as in the fields and gyms, where teams, pro athletes, fitness experts, and trainers use red light therapy every day for peak performance and faster muscle recovery.

An intense workout can cause muscle soreness and inflammation, which can keep you from working out for several days and can even cause injury if you attempt to push through it.

According to recent studies, RLT can have a positive impact on the biochemical markers used to assess muscle damage and recovery. RLT has been shown to significantly reduce blood lactate, creatine kinase, and C-reactive protein levels, in numerous studies. However, there are some contradictions on whether RLT was more effective if applied before or after exercise.[2]

Participants who were subjected to RLT observed less delayed onset muscle soreness (DOMS). Red light therapy has also been proven to prevent exercise-related muscle damage and to lower oxidative stress, which arises when there is an imbalance between free radicals and antioxidants in the body, limiting its ability to detoxify.

Some studies even show that RLT is more effective for muscle recovery than cryotherapy (both alone and in combination with RLT) and cold water immersion therapy for post-exercise muscle recovery. These findings can have important implications for high-level athletes. [3]

Application of RLT to muscles between sets and after the last set of intense exercises has also been shown to increase muscle fatigue resistance. [6] Red light therapy was also found to be helpful in delaying the onset of muscular tiredness and lowering the fatigue response when used before exercise.[7][8] It has also been shown to increase the time limit of exercise as well as the distance covered in cardiopulmonary exercise tests.[9][10]

Red light therapy has also been shown to increase oxygen intake and pulmonary ventilation, as well as reduce shortness of breath during exercise, according to recent studies. [11][12]

The ability of red light therapy to improve athletic endurance and performance could have major benefits for a large number of people. For example, RLT may be beneficial to individuals trying to improve their race time, to teams wanting to outlast their opponents or people who simply want to improve their performance at the gym. [13]

In one study, researchers evaluated previous research on elite athletes and both trained and untrained non-athletes. They discovered evidence that after training, red light can greatly increase muscle mass after using it to irradiate muscle tissue.

In another study involving identical twins, the subject who received red light therapy showed increased hypertrophy (muscle mass) and reported both reduced fatigue and an increase in the maximal load during exercise.[14]

Researchers also discovered that, over the course of eight weeks, red light therapy increased muscle thickness and peak torque in male participants performing knee extensor exercises.[15] It has also been found to increase grip strength in healthy adults when applied before strength training. These results were observed in as little as 4 weeks of treatment.[17]

Another study showed a decrease in torque following a fatigue test in healthy physically-active men, which implies that RLT can help lessen muscle fatigue after strenuous exercise, which in turn improves strength and performance.[18] And research shows that red light therapy increases total work and power during treadmill training by post-menopausal women.[19]

These findings have significant implications for those looking to build muscle mass, such as bodybuilders, as well as athletes for whom muscle strength is crucial, such as weight lifters, cyclists, swimmers, and rock climbers. [20]

Speeding Up Healing Time for Injuries

The greatest enemy of fitness is injury. Injuries have the potential to completely stop your progress as well as reverse any progress you’ve already made. Thus, the sooner your injuries can heal safely, the sooner you can get back on track to fitness

Research shows that red light therapy is very promising in its ability to heal injured muscles and other tissue as well as its potential to treat pain and shorten recovery time in the case of injury. [22]

Another study shows the effects of red light therapy on pain caused by tendinopathy. One theory is that RLT helps with pain by increasing blood flow to the affected area. This accelerates the healing process by reducing the pain-spasm-pain cycle (in which pain leads to spasms, which worsens pain, and so on). [23]

Not only are these findings promising for anyone whose fitness journey is being held up by an injury, but they could also have important implications in the fields of sports medicine and rehabilitation. [24]

Use Red Light Therapy Before or After a Workout?

When used before a workout, red light therapy can help with preconditioning your muscles to give them more strength. RLT also helps minimize muscle strain and damage during exercise. By using RLT before a workout, you will experience less soreness, inflammation, and faster healing times.

On the other hand, when used after an intense workout, RLT can help with muscle recovery, injuries, and help reduce inflammation.

How To Use Red Light Therapy To Boost Athletic Performance:

This recommendation is aimed to feed your muscles before you train, which will increase your endurance, and to optimize your recovery and muscle growth after training. The last session before bed is meant to help increase melatonin levels in your body, to help you get better quality sleep.

Red light therapy provides various benefits for athletes, whether used before or after exercise. It is widely used in the sports and fitness world, because of its potential to improve performance and speed up recovery, as confirmed in many studies.

If you are want to improve your performance, you should definitely have a high-quality red light therapy device in your arsenal.

Disclaimer:
This blog is for educational and entertainment purposes only and is not intended to be used for medical diagnosis, treatment or prevention of any disease, illness or health issue. 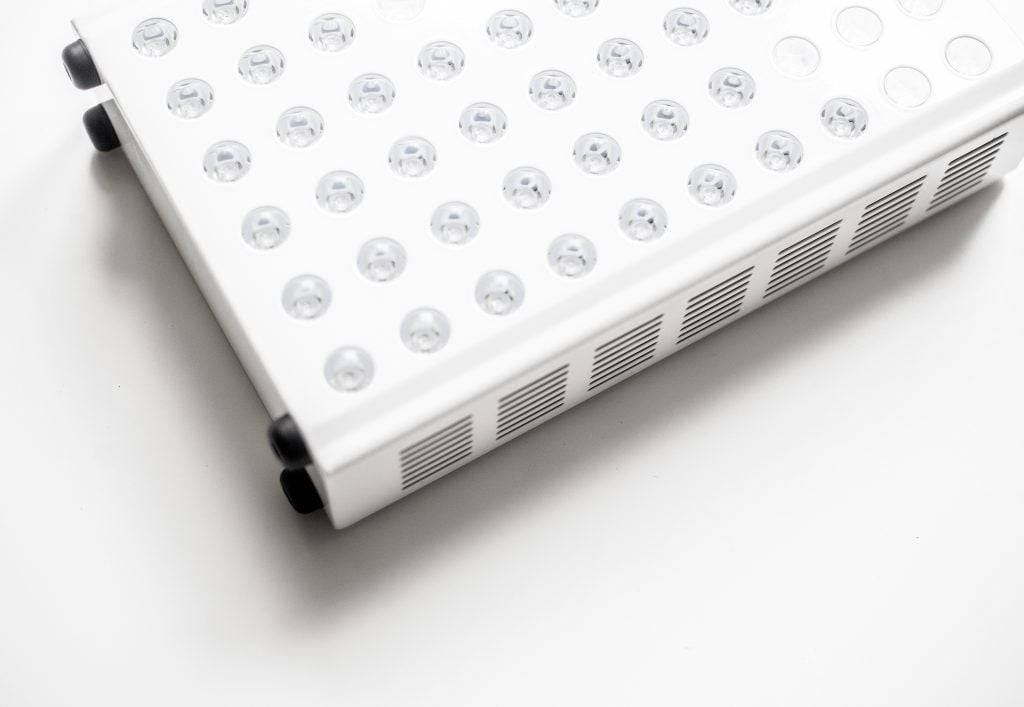 Does red-light therapy work, and what are the pros and cons? 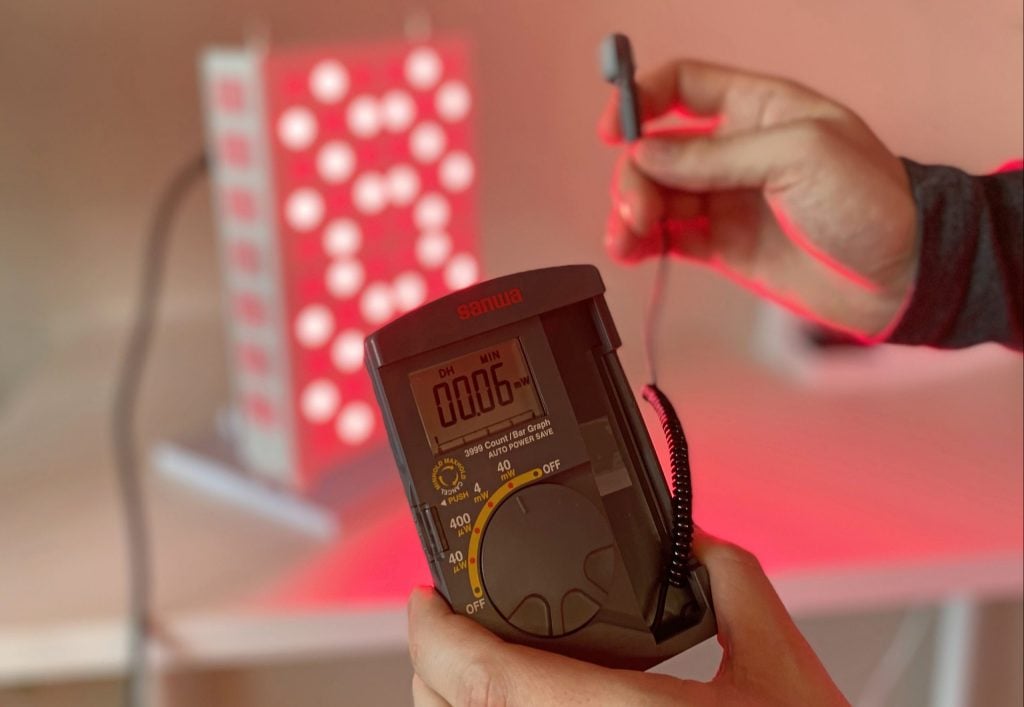 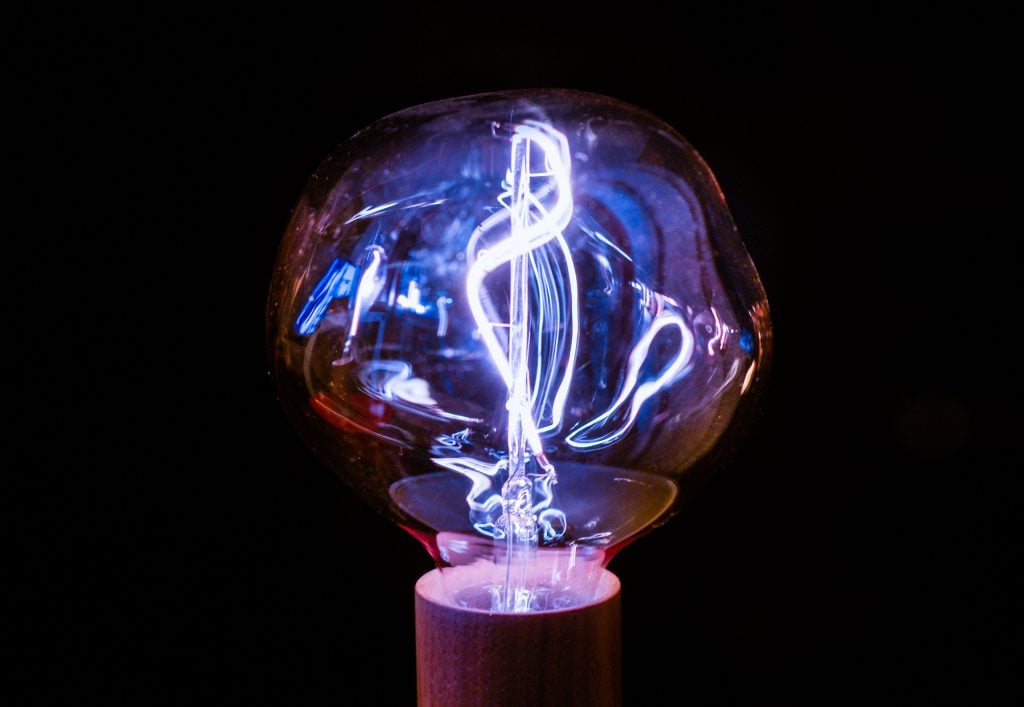 Stories from Our Happy Users.

Instagram Facebook-f
* In the European Union, the intended use of the Luminousred LED Light Therapy system does not fall within the scope of article 2 section 1 of 2017/45 mdr.
Thus it is not a medical device.

Designing with love by lighting experts in Austria, Europe

The statements on this website have not been evaluated by the FDA (U.S. Food & Drug Administration). Our products are not intended to diagnose, treat, cure, or prevent any disease. Our products are low-risk, general wellness / fitness products that do not require FDA clearance, in accordance with the “General Wellness: Policy on Low Risk Devices” draft released January 20, 2015.
Get 50% off
New Year, New You
+ additional goodies: - Free 21-day Bootcamp - Free Shipping - Free Ebook - Money-Back Guarantee Extension - Entry to raffle
BUY NOW
$736
$1338